During the first twenty days of April, there were eighteen earthquakes of magnitude 6.0 or greater, and a deadly flood almost every day.

Some people think that earthquakes measuring 6.0 are no big deal, but residents of Taiwan might disagree. A magnitude 6.4 earthquake in February killed 27, injured 500, and collapsed this 17-story apartment building:

Southern Japan had over 600 earthquakes, a volcanic eruption, and several landslides in just five days: 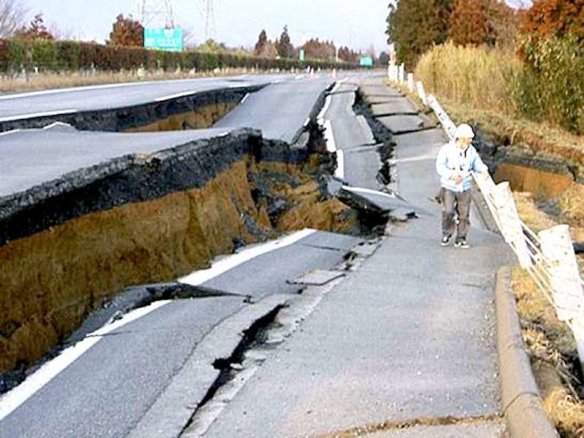 Japan earthquake update:Tens of thousands flee in fear of aftershocks and volcanoes 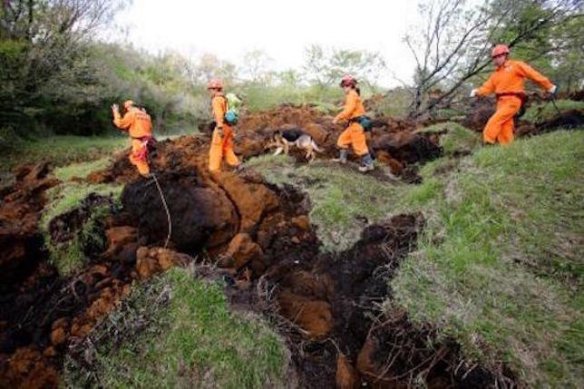 I don’t know that anyone has yet figured this one out:

Ecuador had the largest earthquake during this period:

The Pacific island Vanuatu has been hit five times by magnitude 6.0 or greater quakes in the last several days:

6.0 earthquake strikes off Vanuatu coast; 4th quake in a week

And deadly quakes have struck around the globe:

In the 20th Century, there were 35 volcanic eruptions on average over the entire year; this year, there are 38 volcanoes in an active state of eruption right now! This is non-trivial. Mitch Battros posted this today:

BREAKING NEWS: Volcanoes Responsible for Climate Change Through Much of Earth’s History

A new study in the April 22 edition of the journal ‘Science’, reveals that volcanic activity associated with the plate-tectonic movement of continents may be responsible for climatic shifts from hot to cold throughout much of Earth’s history. The study, led by researchers at The University of Texas at Austin Jackson School of Geosciences, addresses why Earth has fluctuated from periods when the planet was covered in ice to times when polar regions were ice-free…

So enhanced volcanism leads not only to the melting of the icecaps and thus strongly rising sea levels–sea levels would rise over 200 feet if the icecaps melted–it is also “correlated with continental breakup.“ In such a situation, one would expect a big increase in earthquakes, which is occurring, as demonstrated above.

This April period has had a deadly flood somewhere in the world nearly every day. This record storm is expected to dissipate in the next couple of days:

28 people killed by floods in Ethiopia

Update: Rains, landslides and floods kill over 200 in northern Pakistan 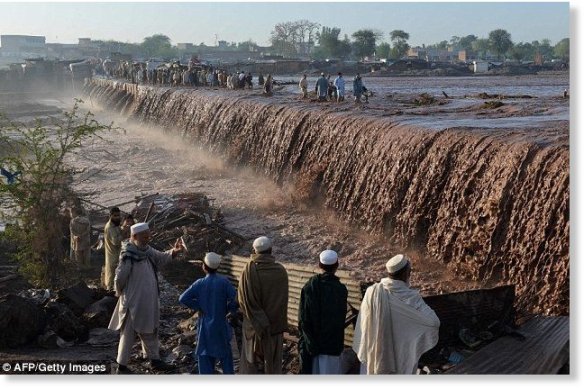 23 killed by flooding in Afghanistan

Flooding hits Nairobi, Kenya after 96mm of rain in 6 hours

Severe weather leaves 7 dead and over 3,000 displaced in Uruguay

This was the first deadly tornado in Uruguay in 30 years…

More than 200 people suffered injuries and about 400 structures have been affected, said Uruguayan Sen. Guillermo Besozzi. Images from the city showed overturned cars piled on top of one other, shattered windows and decimated buildings…The National Institute of Meteorology has yet to determine the scale of the tornado. “There are businesses in the center of the city, completely destroyed. Schools, churches destroyed. This is something never seen before. This is something out of the normal for our country,” Besozzi said. 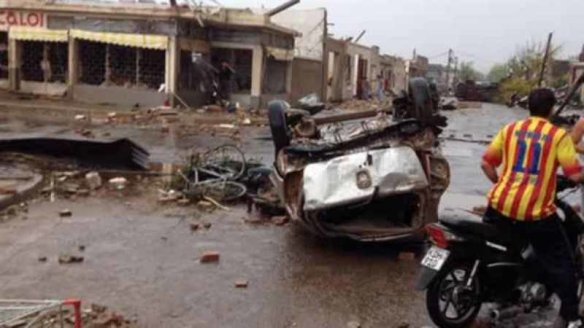 Heavy rains and flooding kill 18 people, with 900 rescued from cars in Saudi Arabia 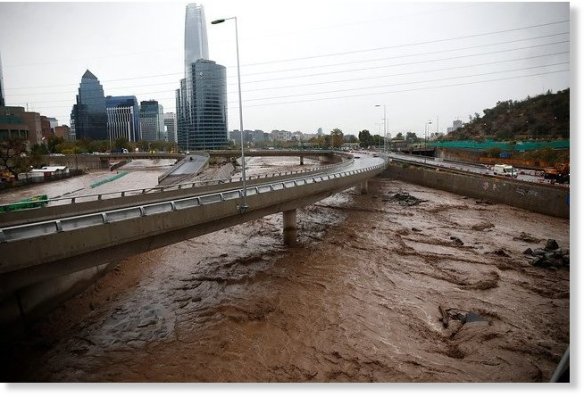 Sinkholes are becoming so commonplace that they have been draining small lakes and ponds, and now they have drained three rivers in Mexico. The photo below shows the before-and-after of the Atoyac River: 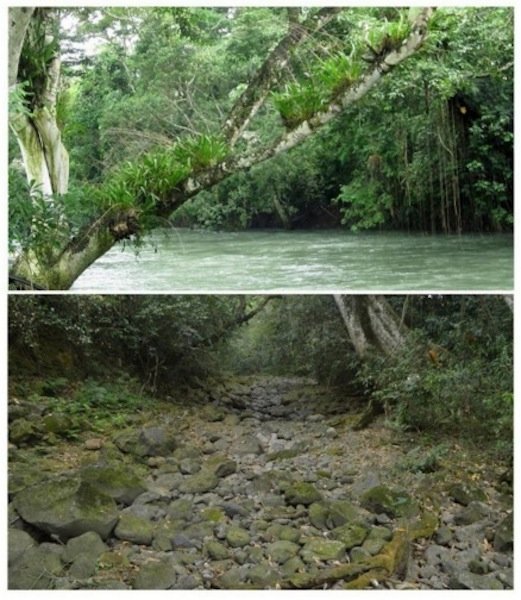 I found nine headlines about deadly lightning strikes in April such as:

Update: 30 killed by lightning strikes within 10 days in Bangladesh

If you find yourself in a hailstorm, take cover! These things are getting increasingly nasty:

Does this give you an idea of why this site is called Thundering Heard? Each heading in this post could have been shown as “Thundering Heard: Earthquakes” or “Thundering Heard: Volcanoes,” but that would have been annoying. Still, the idea is always there. There is thundering heard on the horizon across much of the energetic spectrum. Beyond earth changes, think about national politics, geopolitics, the state of the oceans, the financial system, health care, the legal system, the oil business, education, and so forth. All systems seem to be experiencing convulsions; many are being shaken to their core. We are now all accustomed to hearing words like deflation, decline, destruction, failure, and collapse in a variety of contexts.

This site tries to remind of some of these thunderings as food for thought.

Trouble is easily overcome before it starts.

Part 2 will cover major developments and earth change statistics for 2015.